A Tale of Two Islands

The news today is again old news. The Malvinas-Falklands discussion has been put back on the front page with the same old rhetoric from both sides. The arguments from the UK are pretty much the same and everyone is getting very inflamed and using words like self determination, "desire to remain British" and referendum.

I have one word to David Cameron... Chagos!

In the end of the 1960's (yes 1960!!! not 1860!!!) 2,000 "self-determined" islanders were deported from the Chagos Archipelago in a way that would have made Stalin proud. This was done in such style and in the quiet, so a nowadays still active and permanent USA air base could be built in Diego Garcia, for nuclear bombers purposes. The strategic value has increased after 9/11 with uses for Afghanistan air raids, renditions and to take a closer look (but not too close) to Iran. It is at present the most secretive place on Earth, and makes Guantanamo Bay look like an holiday resort.

The Chagossians were diaspored through the Seychelles, Reunion, Mauritius and... Crawley. After years of discussions with the British Government they were offered in the 1980's a final total settlement of £4,000,000 (£2,000 per head!!). Most of them were living in utter poverty in slums in the Indian Ocean Islands and accepted the money. That cunningly barred them to have further redress in court. 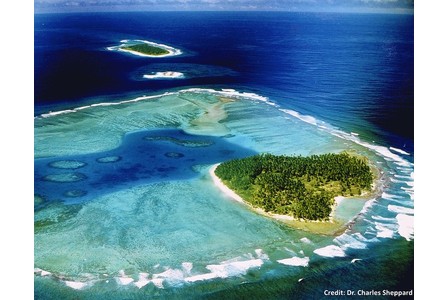 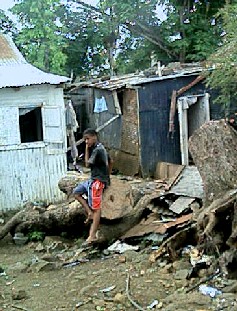 As I write these words, they are still fighting a lost battle to return to their original home. The devious behaviour of the British Government continues as they now want to create a Nature Reserve in the Islands, with the intention of cancelling forever any claims for the original inhabitants by making fishing illegal, an activity that would be the main source of revenue and nourishment were they allowed to return.

£2,000 per person and a slum or a council house in Crawley, probably being constantly reminded that they are a burden to the State and should go back to where they belong (where????). In the meantime the British Government has cashed in billions of pounds for providing the "facility" to the USA. Money talks louder...

You know this one!! 1,800 inhabitants were living in the Malvinas/Falklands and one fine morning in the 1980's they woke up with the Argentinian soldiers at their doorstep. What was the reply from the British Government? Task force, troops, airplanes, national sovereignty, to protect the self-determination of the inhabitants of those islands.

For the sake of fairness I think David Cameron should offer £2,000 to each Falklander and a council flat in Slough.