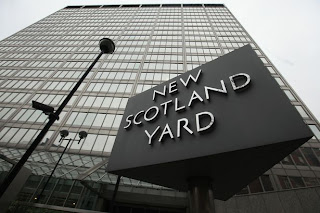 The famous phrase "hell hath no fury like a woman scorned" by William Congreve has been fully applied today. Chris Huhne got the full blast of it this morning as he found no option but to plead guilty on an original miser speeding offence of £60.00. His scorned wife blew the whistle a couple of years ago, when found out he was having an affair and suddenly vividly remembered her civic duty.  She had "been coerced" to sign a declaration regarding a speeding offence that took place 10 years before!!!

Funnily enough, the sanctimonious brigade, including media, police and the rest jumped on this "horrific" fact to give Mr. Huhne a well deserved punishment. If he gets a custodial sentence (as some media are already mentioning it is worth life imprisonment) Mr. Huhne will become technically a political prisoner for a mere £60.00 fine. Perversion at its best.

Today he came clean, literally, pleading guilty and by doing so, becoming cleaner than all characters involved in this now sordid process that led him to this stage.

In the meantime the Metropolitan Police has now been involved in a Guardian story that reveals they used false identities to infiltrate action groups in the 80's, 90's and 00's. That is nothing new, even the process of using dead children to obtain false identities is described in Frederick Forsythe's "The Day of the Jackal", a spy novel written in the 70's, where the presumed contracted assassin Charles Calthrop, visits a few graveyards to obtain names and dates from children. As a trick, it is as refined as phone hacking.

What puzzles me is the mention of using this subterfuge to issue "fake" passports. My question is... how fake were they? Did the Metropolitan Police have a printer, some glue and a photobox? Did they ask the Foreign Office for some "blanks"? Did they ask some underworld professionals to come up with the goods? Some police members declared their discomfort on using such ruse, but having their concerns dismissed as this was for "a better good". Unfortunately the "better good" argument has been used by almost every cause and person, from Pol Pot to Assad, from Stalin to Hitler. "Better Good" could be the banner for the Roman Inquisition and other special treats mankind has found in its tribulated History.

A simpler way would be to go to the nearest Post Office, get a Passport request form, fill it up with the details of the dead child, add a photo plus the birth certificate, having it signed and confirmed by a high status member of the community (no shortage of them at the Met!!!) and send it to the UK Passport agency. A few weeks later a passport would be landing at the address given. Would be as "fake" as any real one.

That leads to the question? The officer that has countersigned the request form on Paragraph 10 "forgot" (as Chris Huhne wife did on hers) to read the Caution statement:

"It is a criminal offence to make a false statement to help someone get a passport."

More over... if any convictions were obtained under this set up, the counter signatory has "perverted the course of justice". I wonder how many we will find out... to make some company to Chris.