Skip to main content
Posted by Paulo Ferreira Monday, May 18, 2015

Oh when the Saints... 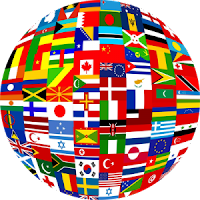 "The saints are the sinners who keep on going."
Robert L. Stevenson

Apologies for the late reply but I had a bog standard long day at the office and only now I got time to resume our little "skirmish" from yesterday, as I feel I had no opportunity for a "last word".

It was quite endearing how the news of the canonization of two Palestinian nuns by Pope Francis went semi-viral. Funny how a society that is so detached of Roman Catholicism and Religion in general, suddenly had to pontificate (boom boom) about a subject they know so little. I would had given a little miss on this "contest" but then I came across your tweet:
Non-Cathoilc media including BBC shows its utter horrific ignorance by calling these nuns first Arabic speaking saints - google broken?

This made me smile (no not ignoring the spell check on Catholic)...there was a mix of BBC bashing, Catholic hat dressing, Middle East languages, Internet savvy all condensed in the straight jacket limit of 140 characters, the essence of Twitter.

I had to reply, I had... could not let this go past. So I threw a wobbler just for testing

Milking it a little bit aren't you Louise? If you read the Gospel all the Apostles spoke Arabic so stop nit picking.

none of them spoke Arabic. Embarrassing fail for you there. Aramaic is not Arabic.

I don't know what hit you... maybe you checked my profile and thought that I would need to be taught that Aramaic is not Arabic; or for "illustration purposes" to your followers, to show off your knowledge in Christian Dawn languages. But you missed it by a Mil(e). You lost immediately your Catholic hat, your Internet kudos, your Middle East awareness and your Faith became... faith.

In the meantime there were people raging that St. George was the first Arabic speaking Saint, a bit a la Goodness Gracious Me "Everything Comes From India", in a bizarre contest to demonstrate that the patron saint of England was Syrian and would speak Arabic???? Why??? No need for WMDs from Tony Blair if only he would have been aware of this little fact.

What did you miss then? The Bible, and don't get me wrong I am no religious zealot, I just like stories. If you remember this one (as a good Catholic?) at Pentecost:

4 All of them were filled with the Holy Spirit and began to speak in other tongues as the Spirit enabled them.
5 Now there were staying in Jerusalem God-fearing Jews from every nation under heaven. 6 When they heard this sound, a crowd came together in bewilderment, because each one heard their own language being spoken.7 Utterly amazed, they asked: “Aren’t all these who are speaking Galileans?8 Then how is it that each of us hears them in our native language? 9 Parthians, Medes and Elamites; residents of Mesopotamia, Judea and Cappadocia, Pontusand Asia, 10 Phrygia and Pamphylia, Egypt and the parts of Libya near Cyrene; visitors from Rome 11 (both Jews and converts to Judaism); Cretans and Arabs—we hear them declaring the wonders of God in our own tongues!”12 Amazed and perplexed, they asked one another, “What does this mean?”
13 Some, however, made fun of them and said, “They have had too much wine.”

The devil is in the detail. The 12 Apostles spoke Arabic unless I "had too much wine". As I said, language is not what you convey, it is what you perceive and they should be one and the same. 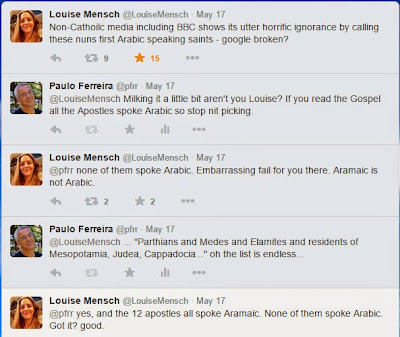 PS: To finalise my "last word" against your "Got it? good" should be