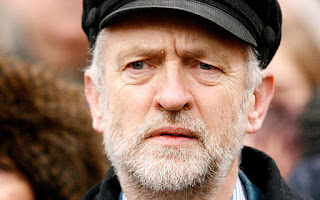 “The Tories in England had long imagined that they were enthusiastic about the monarchy, the church and beauties of the old English Constitution, until the day of danger wrung from them the confession that they are enthusiastic only about rent.”  — Karl Marx


When the result from the referendum was announced last Friday the United Kingdom woke up for a shock. No one was prepared for this outcome... no one, even the winners. And after five days it is blatantly obvious that no one has a plan, except keeping the previous status quo at all costs, now under the heavy make-up (Rimmel instead of Bourjois) of a "liberated" country.

Had this event happened 1000 years ago and there would have been a blood bath. The new order would have decapitated, stabbed, burned all the top supporters and rulers of the previous establishment. Have you ever wondered where the expression "new blood" comes from? Gengis Khan was not adverse to this political procedure as, after every conquest, he would burn to the ground, at exceptional cost, all cities and countries that opposed him. Even the ones that didn't, would have a temporary "culling".

This country is unprepared for this dramatic change, even metaphorically. However this needs to be acted upon and you cannot act upon when you have a parliamentary democracy where 80% of its representatives still support the old order. That is a political conundrum, an impossibility. The result of the referendum can only be legally upheld when approved by the Parliament. How are you going to do it with 80% of MPs still longing for the old Remain landscape? Only by a lot of whipping and turncoating this can be achieved... but why would the voters want their representatives to lie for the sake of expediency?

The last 3 days have been the stage of an appalling display of people that should have left (read "decapitated"), still clinging on to their seats, their privileges, aiming to represent a class of voters that are due to extinction, the elites of the South and London, burping of lobster and champagne. That is not why the majority voted for, why the struggling North, Wales and South West (correlated to the distance from London) voted in majority to Leave. They want a New Order, and this is not achievable with the same old people.

The core Labour voters and the rest of the 17,410,742, the miners turned white van people, don't want any more Milibands, Eagles, Watsons, Camerons, Goves, Blairs, Gordons, Mays, Boris, Farages, etc. They want a New Order, a devolved country, even if it is only England and Wales. And so far, on the new political landscape for which the old order is unwilling to let go, there is only one person that can lead, is prepared and can win this process... Jeremy Corbyn.

It would be an irony that an extreme right politician would finally trigger the October Revolution this country has been evading for such a long time.