Why RBS was bailed out

The weekend of the 4th and 5th of October 2008 must have been frantic in Downing Street with the news of a financial collapse that had been looming for the entire year. It is funny how these tragedies occur in a timely fashion on weekends, when bank transfers are closed and you are powerless to take any action until business opens again on Monday morning.

RBS closed for business on Friday afternoon and a few hours later (after New York closed too), pulled all their global accounts and looked at their financial position. And then Fred Goodwin's phone call arrived on Saturday morning (very early morning???), asking for Gordon Brown and Alistair Darling, stating that the biggest bank in the world, "The Royal Bank of Scotland" had ran out of funds and he would have to call the administrators on Monday morning. Panic ensued. And it didn't get any better when Buckingham Palace also called... Why? 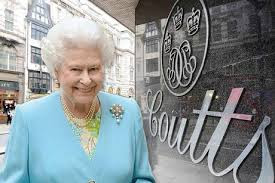 Because of Coutts, the Posh Bank of the Posh. You can see here their most famous customer.

RBS bought Coutts as part of the Natwest acquisition in 2000. And they were doing really well until October 2008. Had RBS gone into administration all their subsidiaries would have their assets frozen with immediate effect. You would have seen people queueing at all RBS branches, Natwest branches (just like Northern Rock one year before). You would have also seen people queueing at Coutts branches, if not in person at least with their authorised representatives.

Their accounts would be frozen and the maximum they could get as compensation from the Financial Services Compensation Scheme should be in the region of £40,000 (currently £85,000). The Palace would have had to submit a claim to the FSCS and wait until this was assessed and eventually refunded (months if not years). In the meantime there would be no cash to pay for salaries, utilities, groceries until this situation was resolved and if all financial assets of the Royal Household were managed by Coutts then the Windsors would have to file for bankruptcy.

It was not only the Royal Family that had accounts with Coutts... I am sure that at the time this bank had an incredible golden portfolio of customers, and the impact of it going bust, in a city that prizes money so much and entices and facilitates people with it to settle in (as all financial deals are possible), would have been everlasting damaging. The Queen's endorsement to this bank would also be incredibly damaging to a country where an image of financial competence is advertised to the rest of the world. Not all the international customers in Coutts would have been dented forever, but their cash (or what was left of it) would have moved overnight somewhere else, adding to the already dire financial landscape of the United Kingdom economy at the time. The national elite would have also been hurt badly.

And that is why RBS was bailed out in its entirety (well... almost 80%, 85%) along with Lloyds Bank (this one partially). HBOS was allowed to fail and hid under the Lloyds bailout package. No other UK bank (let's mention them here with pride — Barclays, Abbey, Clydesdale, HSBC, Nationwide) felt the need of accepting a bailout.

I have the feeling that if Queen Elizabeth II was banking with Barclays, RBS would have disappeared without a trace. God did not save the Queen. Joe Public did.